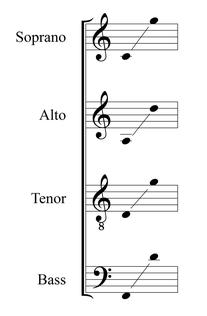 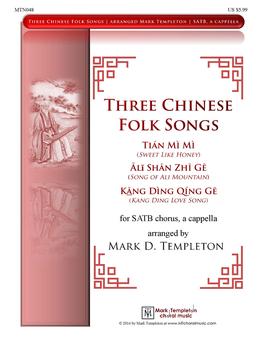 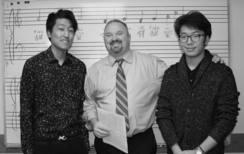 The Chinese learn Mandarin through a phonetic alphabet system called Pinyin. Pinyin is the transliteration of the Mandarin characters. Pinyin also includes diacritic markings that indicate the various tones (the rise and fall of the voice) which are so prevalent in Chinese speech. These markings have been included in the translation and pronunciation page. However, they are not included in the music score because the speaking tones will be absolved by the natural rise and fall of the singing voice. An IPA spelling of each word has been given along with an IPA guide for each sound. This should help with pronunciation of the text, but the equivalent sounds are only approximate. It is highly recommended to consult with a native speaker. 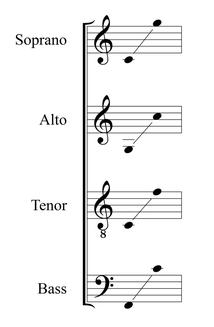 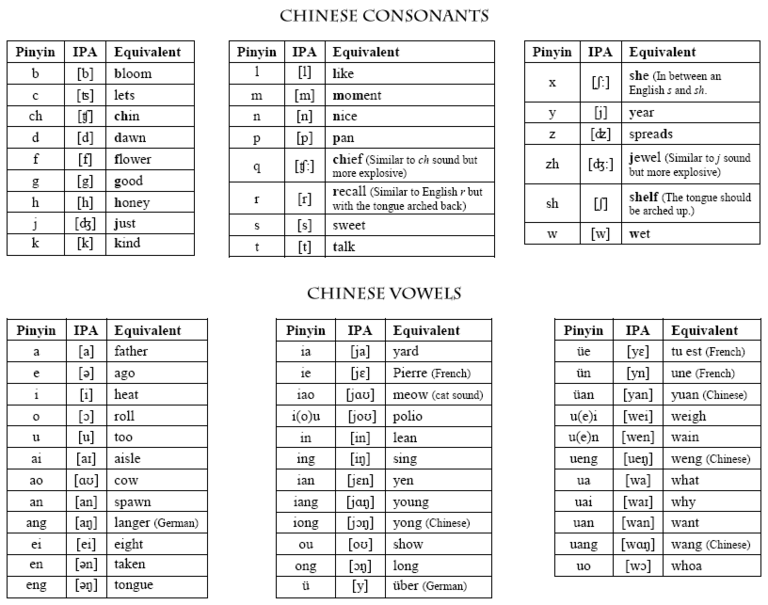 The melody for Tián Mì Mì is taken from an Indonesia folk song, Dayung Sampan, which became popular across East Asia during the late 1700’s. In the early 1900’s, the melody was given Chinese lyrics written by the famed poet and song writer, Zhuang Nu. This version is now recognized across China as one of the most beloved folk songs in Chinese culture. This choral arrangement uses a slower tempo than what some may be used to so that the lush harmonies may be experienced more sumptuously. The third verse allows for all the voice parts a chance to sing the melody while the accompanying parts dance around using syncopated rhythms. The last section returns to verses one and two and ends softly with “a zài mèng li” (Oh, in a dream).
Ālĭ Shān Zhī Gē (Song of Ali Mountain) is from a renowned location in Taiwan. A legend exists about the origin of Ali Mountain’s name. There was once a chief of a traditional tribe named Abali. He chased a white deer into a giant mountain that he had never seen before. He found there were large amounts of animals for hunting, so he decided to move his tribe next to the mountain. His people were able to live with great abundance every year because Abali had lead them to what they now considered a holy place. The tribe decided to commemorate Abali by naming the mountain after him, Ali Mountain. Ālĭ Shān Zhī Gē praises the beauty of the girls and the strength of the boys and compares them to the splendor and might of the mountain. Today, Ali Mountain is a symbol of traditional Taiwanese culture. This arrangement paints an idyllic pastoral scene by allowing the beautiful pentatonic melody to be easily heard through the texture of the simple yet lush harmonies. Each vocal line is conservative yet flows interestingly in a cantabile-like manner.
Kāng Dìng Qíng Gē (Kang Ding Love Song), also known as Pǎo Mǎ Liū Liū De Shān Shàng (On the Running Horse Mountain), is a Han folk song from the Sichuan Province. The song is believed to be created by herders and farmers from the Yala channel in the north of Kang Ding City. During the 1940’s, it became popular to sing the song for the Pan Hua Ye (the night before marriage). During the Pan Hua Ye, the singers would change the last names of Li and Zhang to their last names. This would make the song unique to them. In 1989, during the Voyager II space launch, NASA selected Kāng Dìng Qíng Gē as one of the ten most recognized folk songs from around the world.  In the late 1990s, the song was also selected as one of the ten most influential international folk songs by the United Nations’ Educational, Scientific, and Cultural Organization. This choral arrange-ment uses swift, accented, and syncopated rhythms while also employing an abundance of parallel fourths and fifths. The vocal ranges are conservative and the choral parts are repetitious making this an easily accessible song. Enjoy singing this as a set with Tián Mì Mì and Ālĭ Shān Zhī Gē. 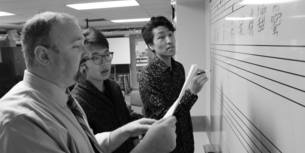 I am greatly indebted to my West Nottingham Academy students, Jia Kang Xie and, Jiyu Huang for their assistance with the text and melody. We hope your choir will enjoy singing these exquisite Chinese folk songs. Geili!