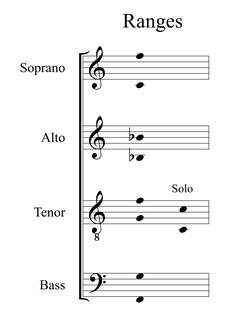 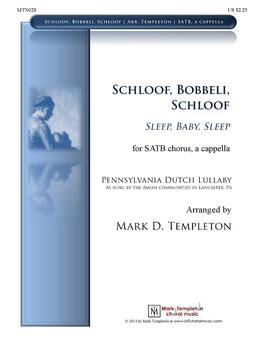 Schloof, Bobbeli, Schloofis a folk song of the people commonly referred to as the Pennsylvania Dutch. These people were Germans who migrated to America during the eighteenth and nineteenth centuries. They brought with them their culture and religions, but most importantly, their music and cooking! The Pennsylvania Dutch language is still spoken by the Amish, the religious sect mostly known for their horses and buggies and their eighteenth century way of life. Schloof, Bobbeli, Schloof’s etymology is found in the German lullaby, Schlaf, Kindlein, Schlaf, but the Pennsylvania Dutch version has taken on a life of its own reflecting the lives of the Amish who still sing it. The melody can differ slightly from community to community; the one used in this arrangement hails from the Amish communities in Lancaster, Pennsylvania. The English translation, written underneath the Pennsylvania Dutch, is more poetic than literal but retains the same sentiment. The song can be sung in Pennsylvania Dutch or English. It is also optional to perform the song in one language and then repeat the song in the other language. This arrangement uses a slow tempo and simple harmonies while retaining the integrity of the original melody. Your choir will enjoy singing this rare gem
The Language:
The “Dutch” term is actually a miss pronunciation of the word, “Deitsch” or “Deutsch” and has no connotation to the people of the Netherlands. The Pennsylvania “German” language was heavily influenced by the melting pot of languages in the Mid-Atlantic region, mainly Scotts and English. Over time this language took on its own dialect and is now very different from its ancestral German. During the nineteenth century, the language was widely spoken by the citizens of Pennsylvania but almost died off by the middle of the twentieth century. The language is now only preserved through the Amish. During the first part of the twentieth century there were a few attempts to formalize the spelling and pronunciation of the language, and there are now two competing models. One model follows the rules of American English, the other the rules of Standard German.