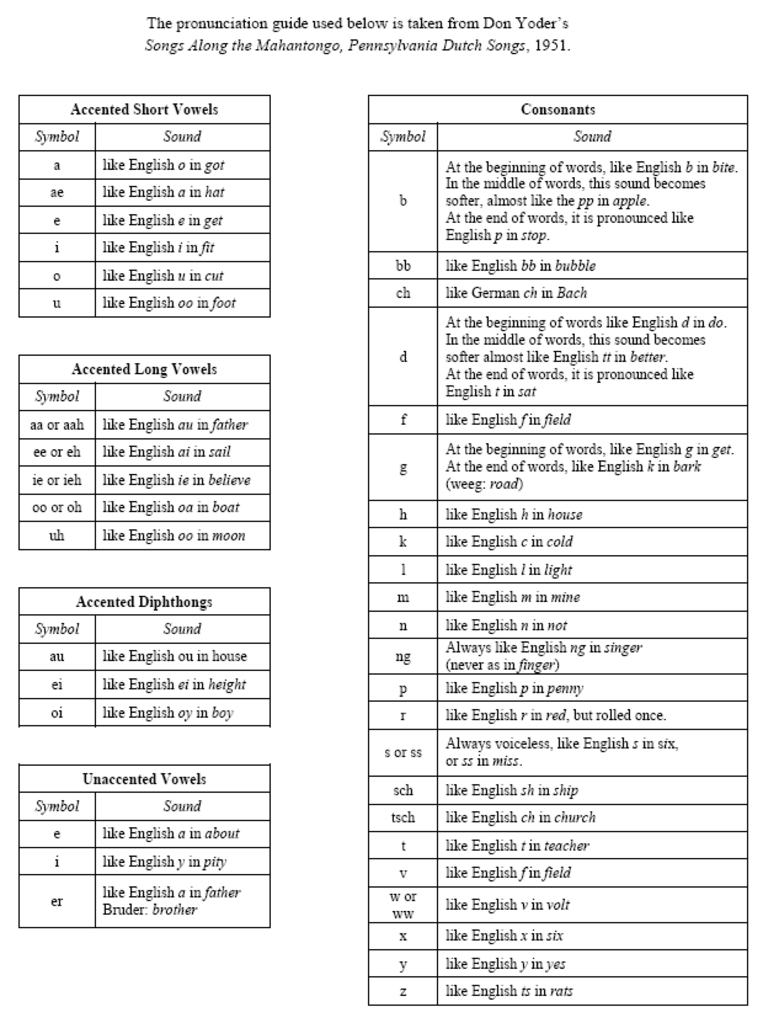 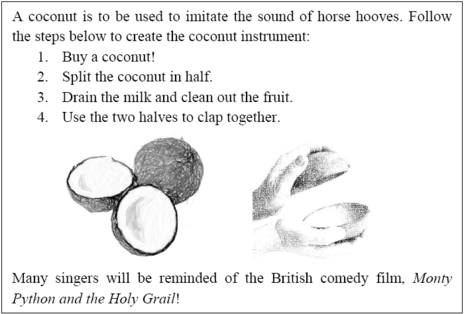 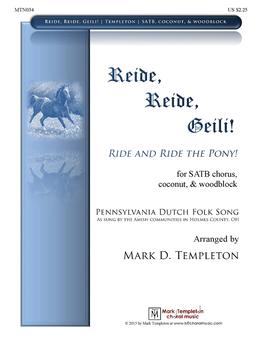 The Language:
The “Dutch” term is actually a mispronunciation of the word, “Deitsch” or “Deutsch” and has no connotation to the people of the Netherlands. The Pennsylvania “German” language was heavily influenced by the melting pot of languages in the Mid-Atlantic region, mainly Scotts and English. Over time, this language took on its own dialect and is now very different from its ancestral German. During the nineteenth century, the language was widely spoken by the citizens of Pennsylvania but almost died off by the middle of the twentieth century. The language is now preserved only through the Amish. During the first part of the twentieth century, there were a few attempts to formalize the spelling and pronunciation of the language, and there are now two competing models. One model follows the rules of American English, the other follows the rules of Standard German.

Reide, Reide, Geili! (Ride and Ride the Pony!) is a Pennsylvania Dutch folk song. The Pennsylvania Dutch were Germans who migrated to America during the eighteenth and nineteenth centuries. They brought with them their culture, religions, music, and cooking! The Pennsylvania Dutch language is still spoken by the Amish, the religious sect mostly known for their horses and buggies and their eighteenth century way of life. There are many different tunes associated with Reide, Reide, Geili! The song has taken on a life of its own reflecting the lives of the Amish who still sing it, and the melody and text can differ from community to community. The particular tune used for this arrangement comes from Holmes County, Ohio and is similar to the English nursery rhyme, Ring Around the Rosie. Amish parents and grandparents will sing this rhyme while bouncing their toddlers on their knee. The bouncing is to imitate a horseback ride as the song begins. At the end of each verse, the adult suddenly drops their leg to imitate the child falling off the horse. The child falls to the floor amidst a peal of laughter.  The song can be sung in either Pennsylvania Dutch or in English (written underneath the Dutch). This unique arrangement will lift your audience’s spirits as they are reminded of the songs of their youth, and your singers will enjoy its high energy and pulsating rhythms! 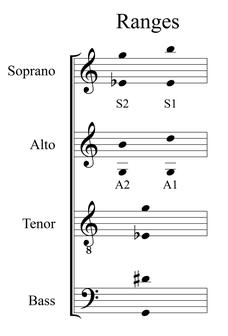