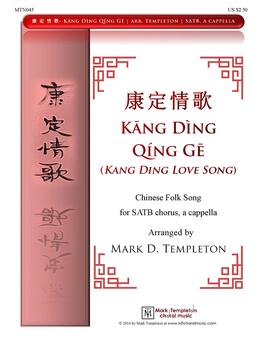 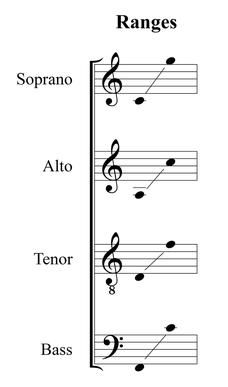 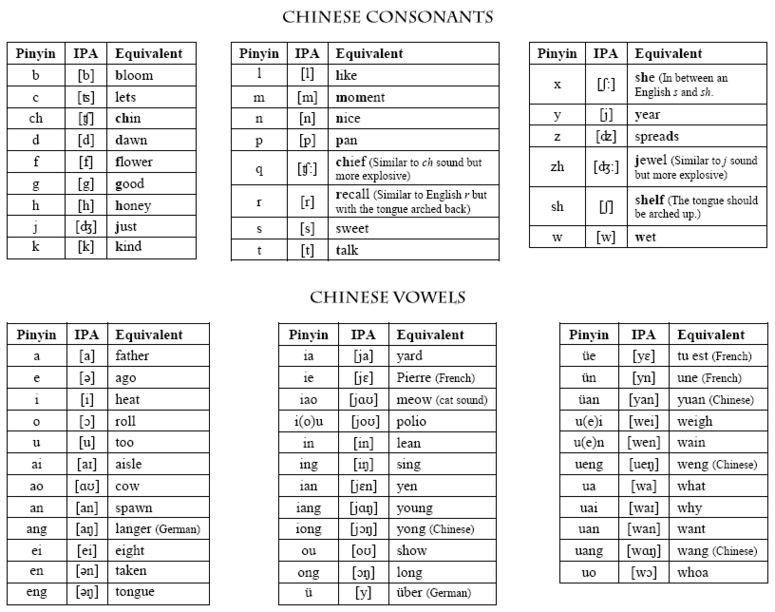 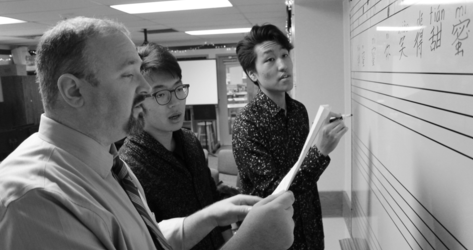 Kāng Dìng Qíng Gē (Kang Ding Love Song), also known as Pǎo Mǎ Liū Liū De Shān Shàng (On the Running Horse Mountain), is a Han folk song from the Sichuan Province. The song is believed to be created by herders and farmers from the Yala channel in the north of Kang Ding City. During the 1940’s, it became popular to sing the song for the Pan Hua Ye (the night before marriage). During the Pan Hua Ye, the singers would change the last names of Li and Zhang to their last names. This would make the song unique to them. In 1989, during the Voyager II space launch, NASA selected Kāng Dìng Qíng Gē as one of the ten most recognized folk songs from around the world.  In the late 1990s, the song was also selected as one of the ten most influential international folk songs by the United Nations’ Educational, Scientific, and Cultural Organization. This choral arrangement uses swift, accented, and syncopated rhythms while also employing an abundance of parallel fourths and fifths. The vocal ranges are conservative and the choral parts are repetitious making this an easily accessible song. Enjoy singing this as a set with Tián Mì Mì and Ālĭ Shān Zhī Gē.
Chinese Mandarin Language
The Chinese learn Mandarin through a phonetic alphabet system called Pinyin. Pinyin is the transliteration of the Mandarin characters. Pinyin also includes diacritic markings that indicate the various tones (the rise and fall of the voice) which are so prevalent in Chinese speech. These markings have been included in the translation and pronunciation page. However, they are not included in the music score because the speaking tones will be absolved by the natural rise and fall of the singing voice. An IPA spelling of each word has been given along with an IPA guide for each sound. This should help with pronunciation of the text, but the equivalent sounds are only approximate. It is highly recommended to consult with a native speaker.

I am greatly indebted to my West Nottingham Academy students, Jia Kang Xie and, Jiyu Huang for their assistance with the text and melody. We hope your choir will enjoy singing this beautiful Chinese love song.
View on Mobile